Even the best-behaved children can be difficult and challenging at times. But if your child or teen has a persistent pattern of tantrums, arguing, and angry or disruptive behavior toward you and other authority figures, he or she may have oppositional defiant disorder (ODD). Treatment of ODD involves therapy, training to help build positive family interactions, and possibly medications to treat related mental health conditions.

Signs of ODD generally begin before a child is 8 years old. Sometimes ODD may develop later, but almost always before the early teen years. When ODD behavior develops, the signs tend to begin gradually and then worsen over months or years. Your child may be displaying signs of ODD instead of normal moodiness if the behaviors:

The following are behaviors associated with ODD:

These behaviors might cause your child to regularly and consistently:

In addition, your child isn’t likely to see his or her behavior as defiant. Instead, your child will probably believe that unreasonable demands are being placed on him or her.

Oppositional defiant disorder often occurs along with other behavioral or mental health problems such as:

The symptoms of ODD may be difficult to distinguish from those of other behavioral or mental health problems.

If you’re concerned about your child’s behavior or your own ability to parent a challenging child, give us a call today. We are here to help. 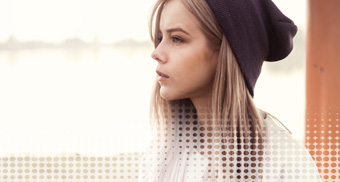 It is only in sorrow bad weather masters us; in joy we face the storm and defy it. – Amelia Barr

Call for an appointment at one of our three  convenient locations: